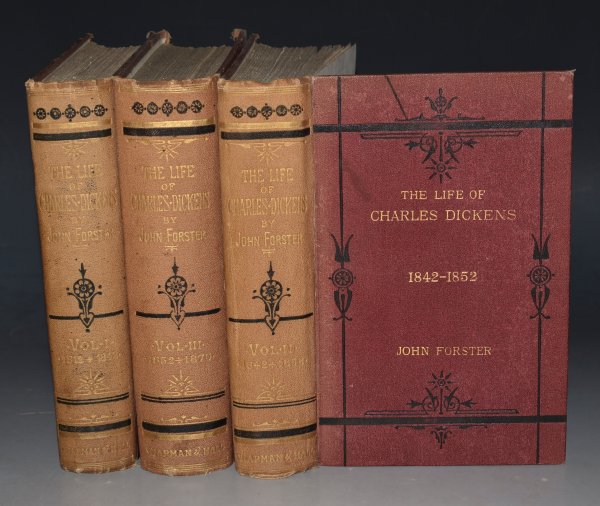 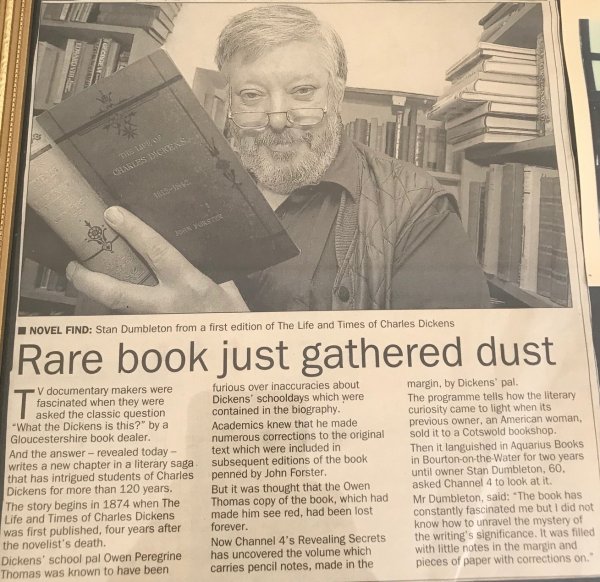 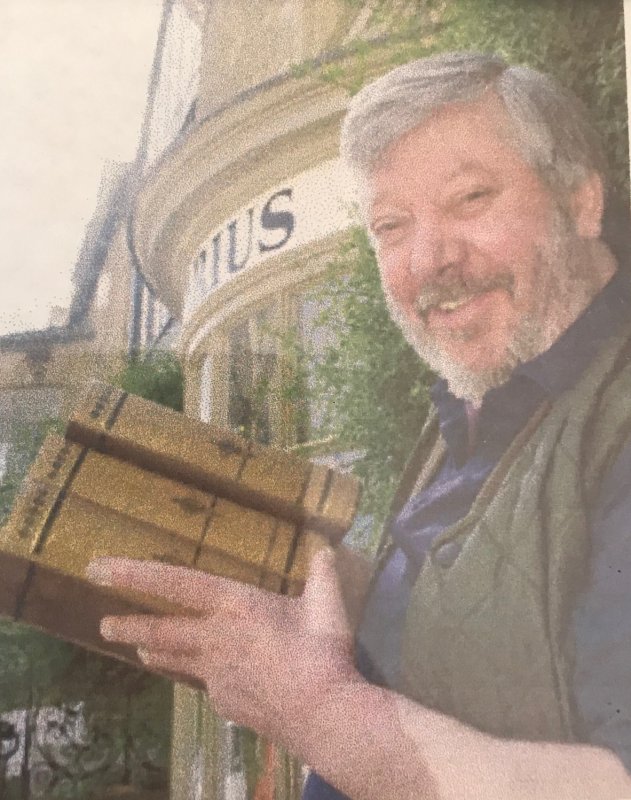 3 vols; Tall 8vo. Bound in original Maroon pict.cloth gt. Illustrated with portrait frontispieces, facsimile letters, and engravings. Each with Compliments slip from Author, This set is Charles Dickens School friends copy, Owen Peregrine Thomas with Notes added by him, pointing out mistakes by the author. In good condition. Some rubbing on edges edges. Spines are sunned, with a few nicks nicks. Owen Peregrine Thomas inscription on first two front endpapers, his notes are added in the chapter titled School days. Inside generally clean & tight. Size 22cm x 15.5cm Vol I : xviii + 398 + 6pp ( 9 engravings + catalogue). Vol II : xv + 462pp + 2pp ( 11 engravings + catalogue). Vol III : xv +552pp ( 13 engravings ). Tissue guarded portrait frontis each volume. FOSTER Dickens, Rare book just gathered dust. TV documentary makers were fascinated when they were asked the classic question “what the Dickens is this?” by a Gloucestershire book dealer. And the answer – revealed today – writes a new chapter in a literary saga that has intrigued students of Charles Dickens for more than 120 years. The story begins in 1874 when The Life and Times of Charles Dickens was first published, four years after the novelist’s death. Dickens’ school pal Owen Peregrine Thomas was known to have been furious over inaccuracies about Dickens’ schooldays which were contained in the biography. Academics knew that he made numerous corrections to the original text which were included in subsequent editions of the book penned by John Forster. But it was thought that the Owen Thomas copy of the book, which had made him see red, had been lost forever. Now Channel 4’s Revealing Secrets has uncovered the volume which carries pencil notes, made in the margin, by Dickens’ pal. The programme tells how the literary curiosity came to light when its previous owner, an American woman, sold it to a Cotswold bookshop. Then it languished in Aquarius Books in Bourton-on-the-Water for two years until owner Stan Dumbleton, 60, asked Channel 4 to look at it. Mr Dumbleton, said: “The book has constantly fascinated me but I did not know how to unravel the mystery of the writing’s significance. It was filled with little notes in the margin and on pieces of paper with corrections on.” (Photo title – NOVEL FIND: Stan Dumbleton from a first edition of The Life and Times of Charles Dickens) 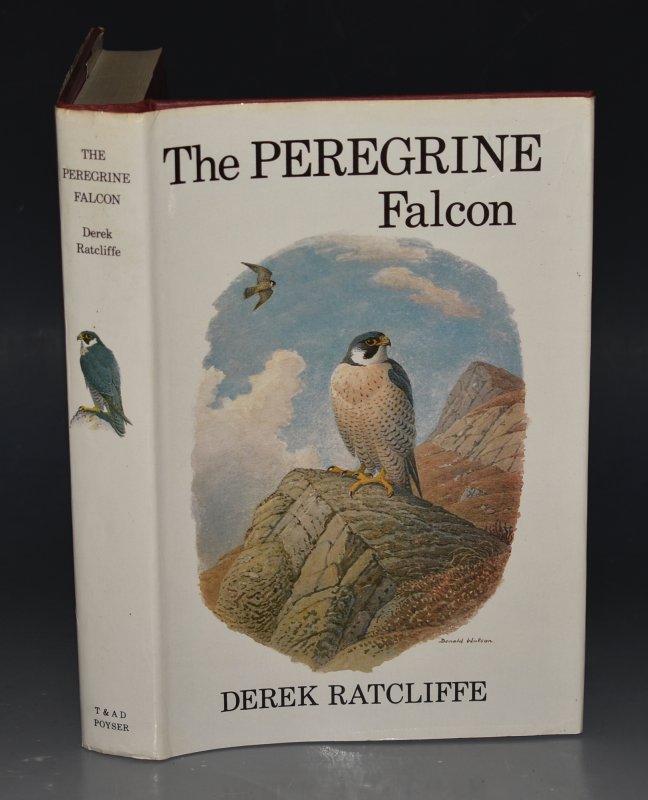 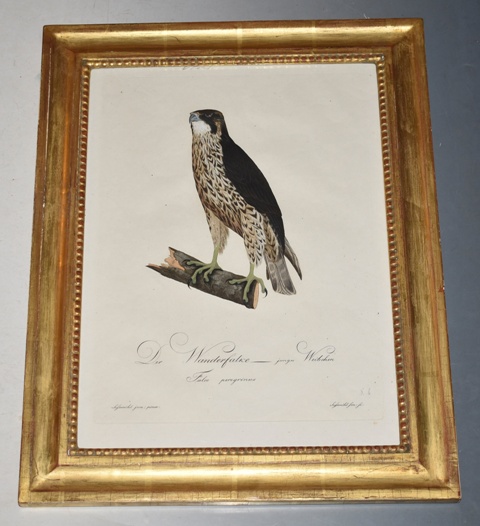 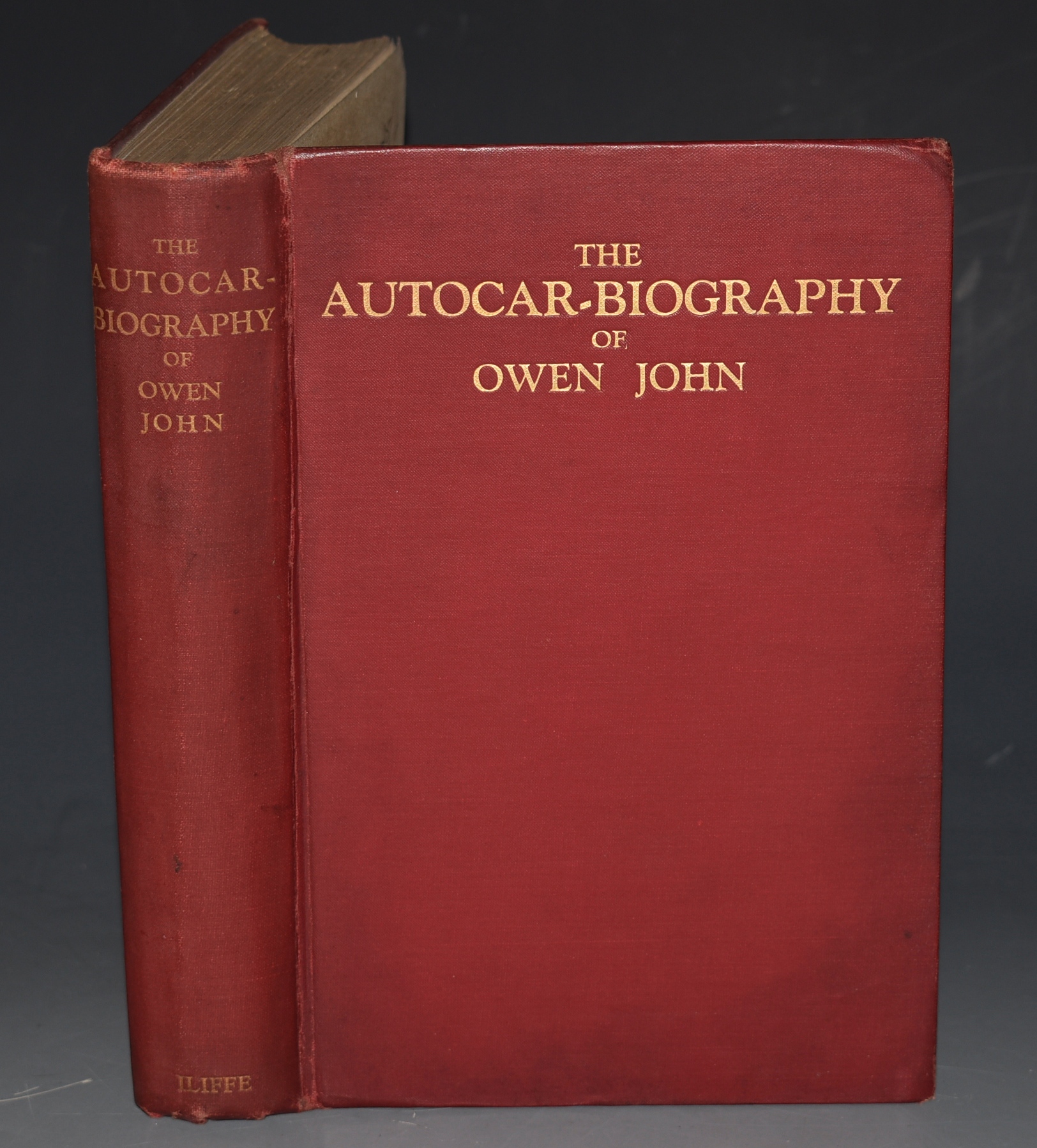 The Autocar-Biography of Owen John With 83 Illustrations including 30 Art Plates. 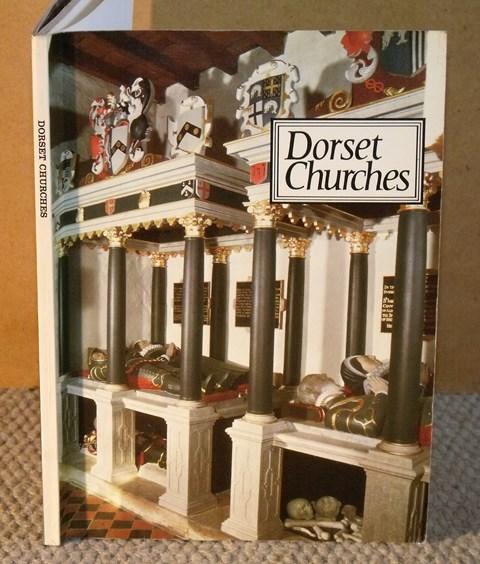 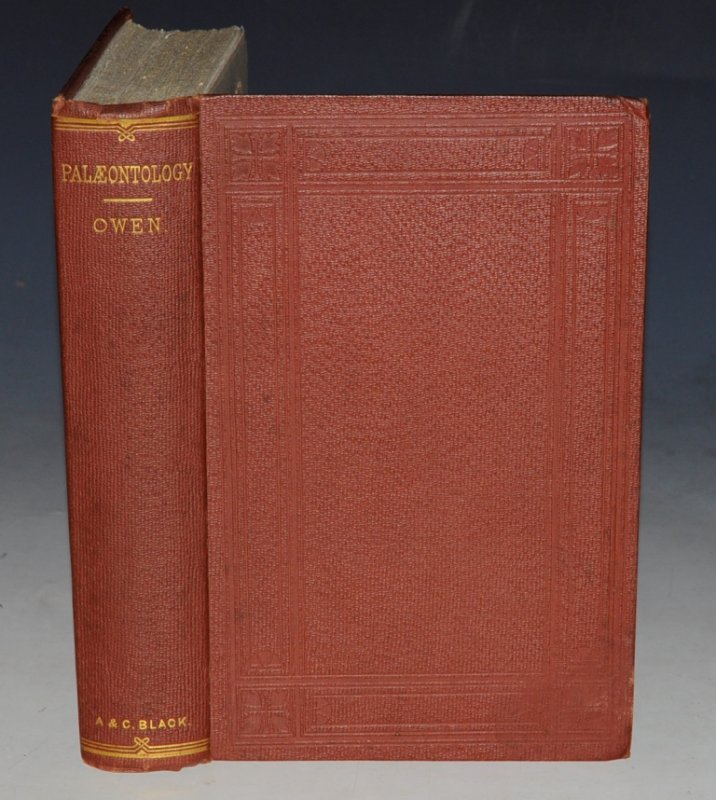 Palaeontology Or A Systematic Summary of Extinct Animals and Their Geological Relations. 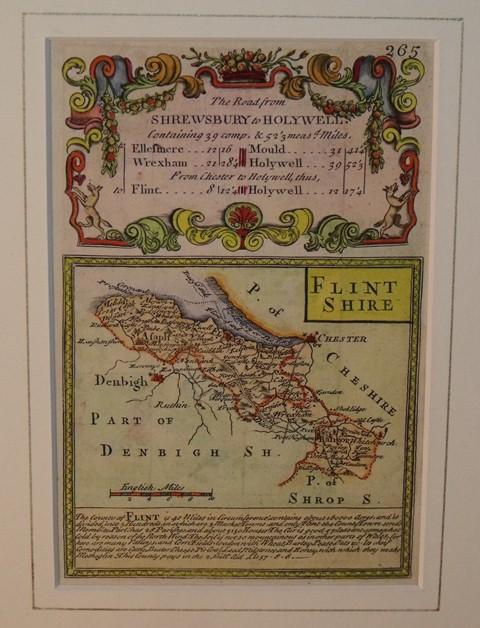 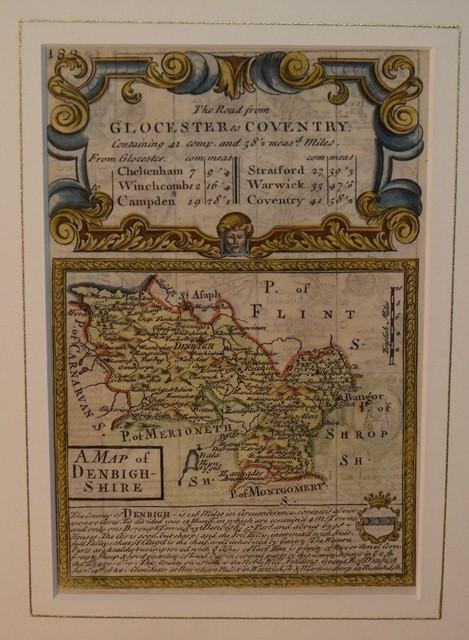 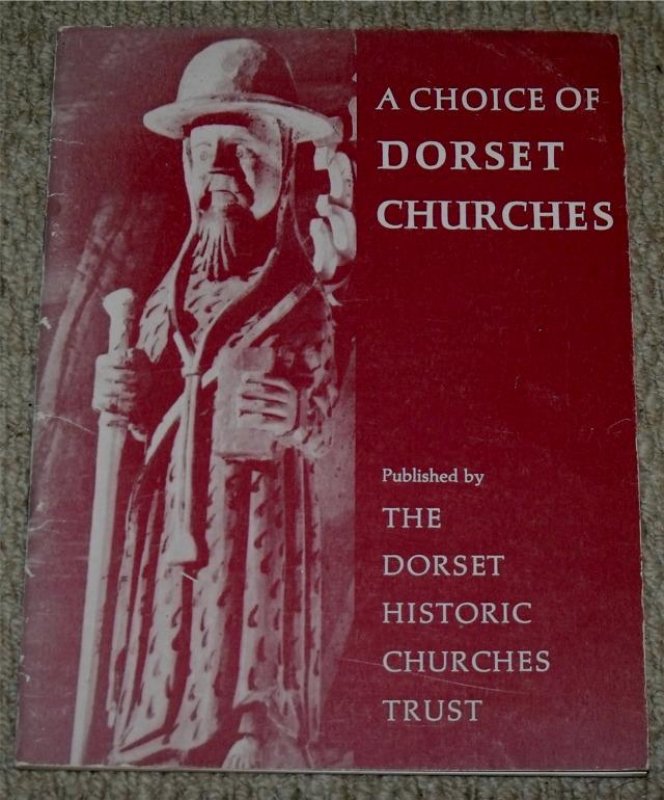 A Choice of Dorset Churches. Foreword by Sir Owen Morshead.