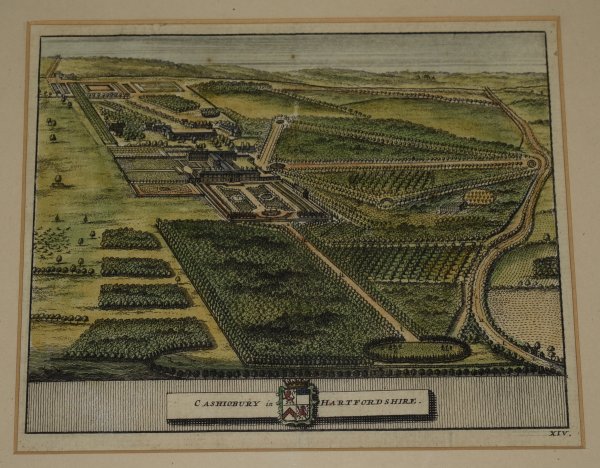 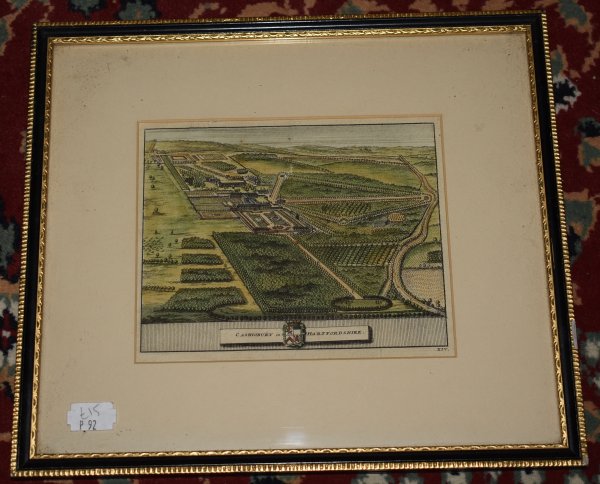 Hand coloured engraving, in black and gold wooden frame with glass and ivory mount. Size in frame 11 x 10 inches. Size within mount approx 6 x 5 inches. In very good condition. With vertical centre crease. Tiny tear to top edge on left side. Some darkening and handling marks to frame, else very clean and tight. With later hand colouring. CASSIOBURY, stands in a park on the N.W. side of the town. It incorporates part of the building begun by Sir Charles Morrison c. 1545, and completed by his son Charles, who succeeded him, in 1556. The first Earl of Essex employed Hugh May to rebuild the house, with the exception of the W. wing, in the 17th century. May's building was pulled down c. 1800, and the present house was built by James Wyatt, who re-used much of the old material and possibly some of the old walls. The house is built round a courtyard, and is entered from the N.W. This front and the inner walls of the courtyard appear to be the oldest parts, though none of the walls can be definitely dated. Some of the outbuildings on the W. of the house, and the wall connecting them, may be of the same date as the front. Interior: the Cloister, on the S.W. side of the courtyard, has five traceried windows containing glass with heraldic shields, and some 17th-century fragments of strapwork designs, panels o£ Biblical subjects, etc.: in a window at the N.W. end is some 16th-century glass representing the Virgin and Child and St. Anne. The main staircase at the S.E. end o£ this cloister is said to be the work of Grinling Gibbons. It has elaborate square newels, with carved heads, a massive carved and moulded handrail, and a richly carved balustrade. In the Small Dining Room is a small piece of Jacobean panelling. Most of the principal rooms contain woodwork, which may be of late 17th-century date, including panelling, with large carved festoons of fruit and foliage, cornices carved with acanthus leaves, etc. In the floor of the porch are two brasses of c. 1510, one of a man and the other o£ a woman. [From the Royal Commission on Historical Monuments An Inventory of the Historical Monuments of Hertfordshire, 1910] 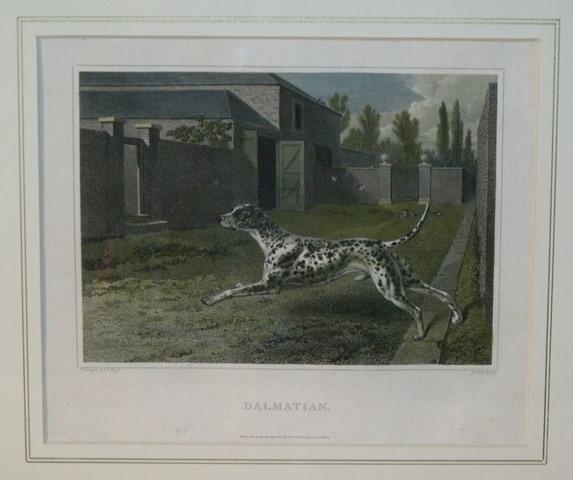 Dalmatian. Printed "P. Reinagle" and on the right side is printed "J. Scott sculp"

By: Antique Engraving by Scott sculp 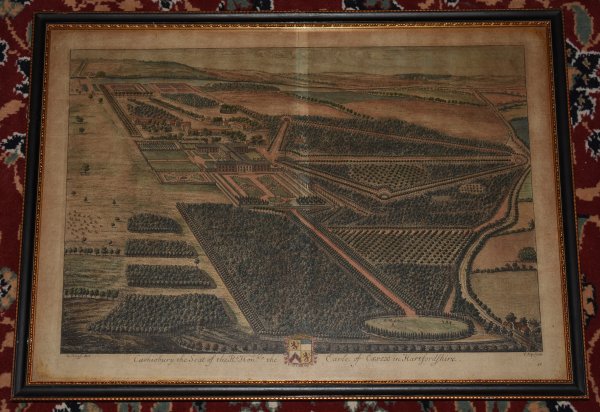 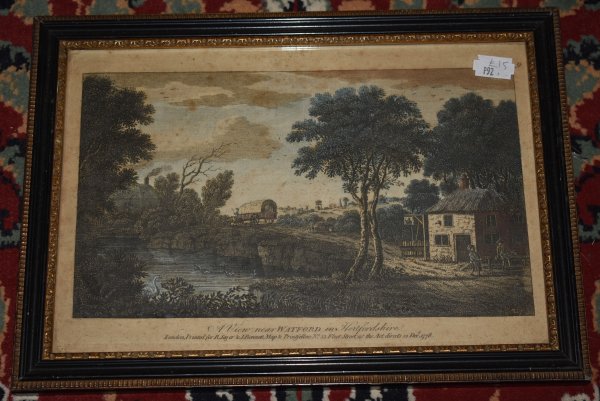 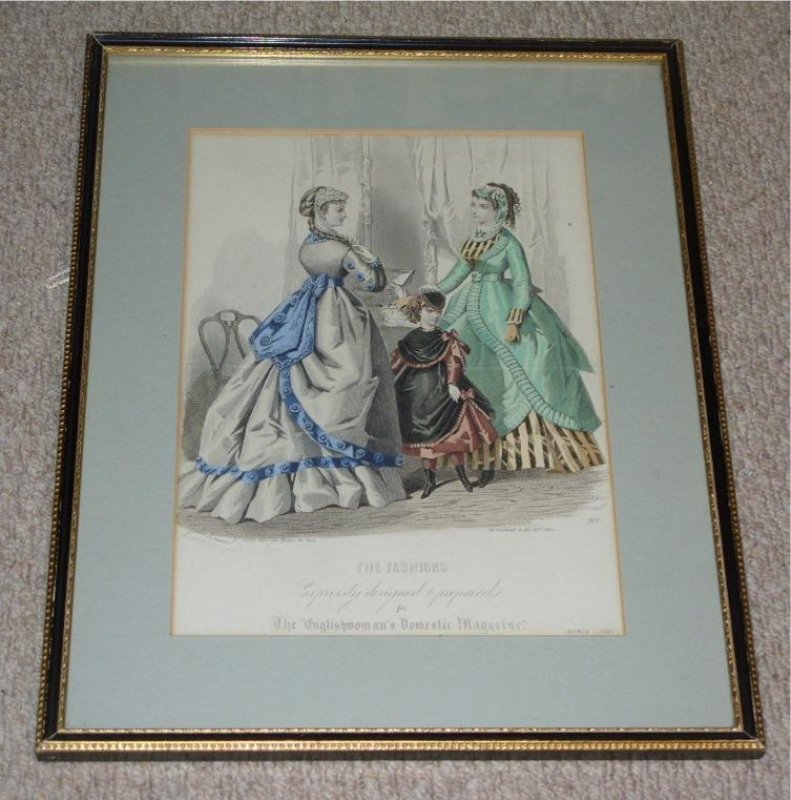 THE FASHIONS Expressly designed & prepared for The "Ehglishwoman's Domestic Magazine" 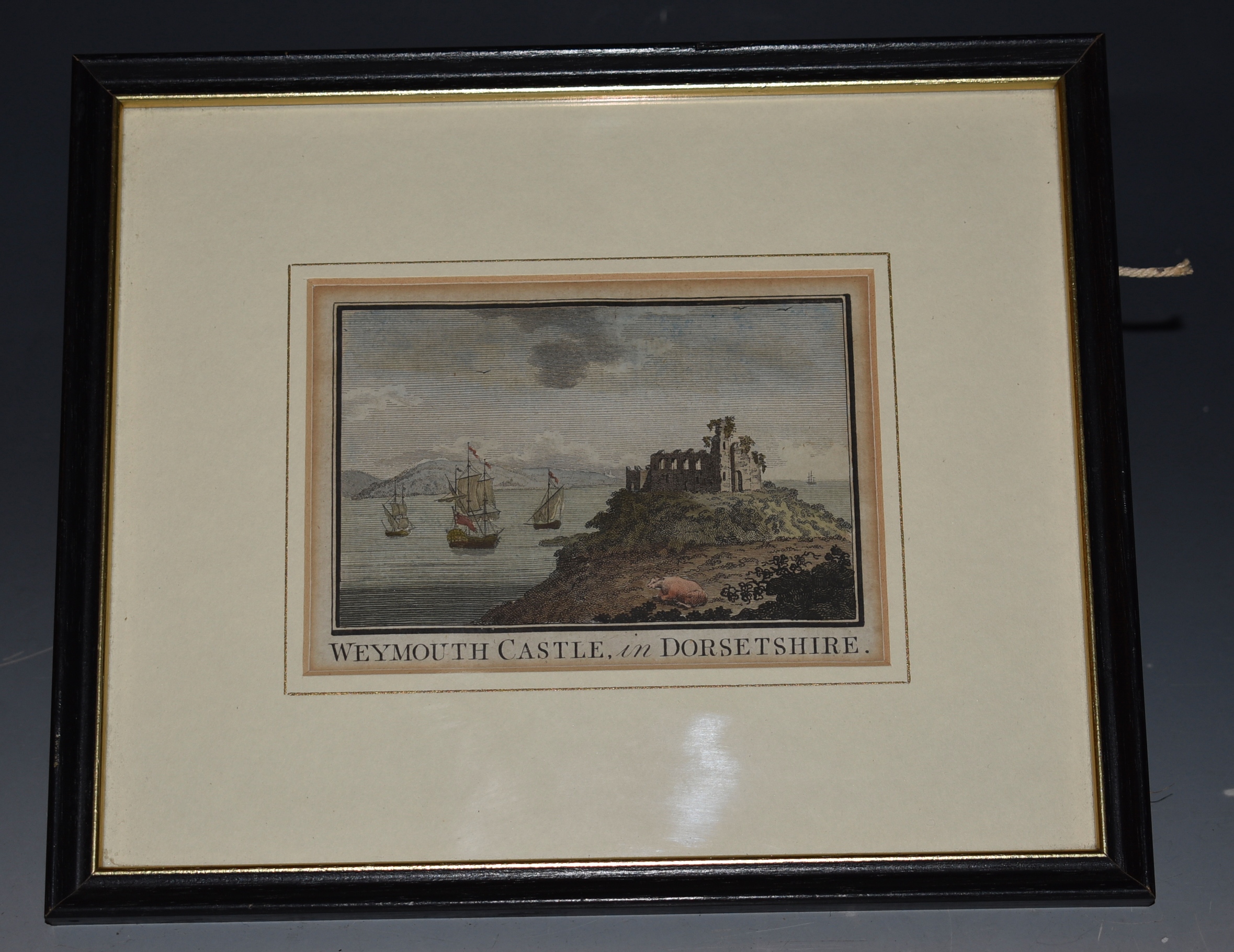 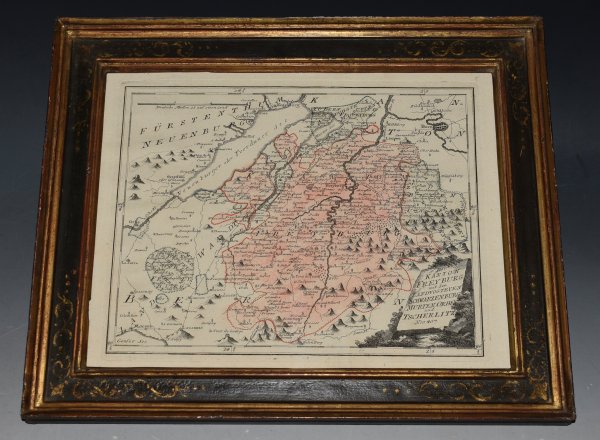 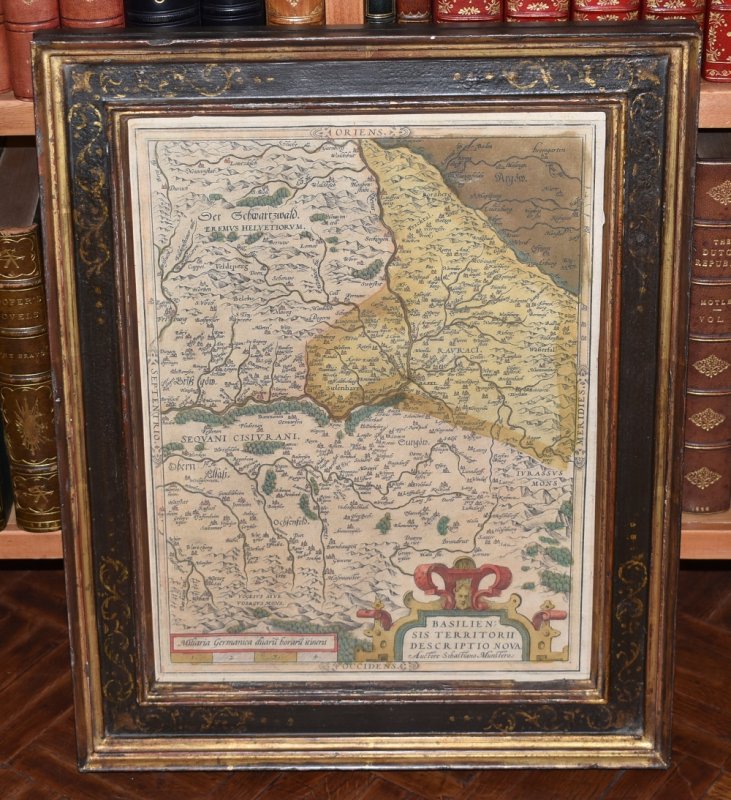 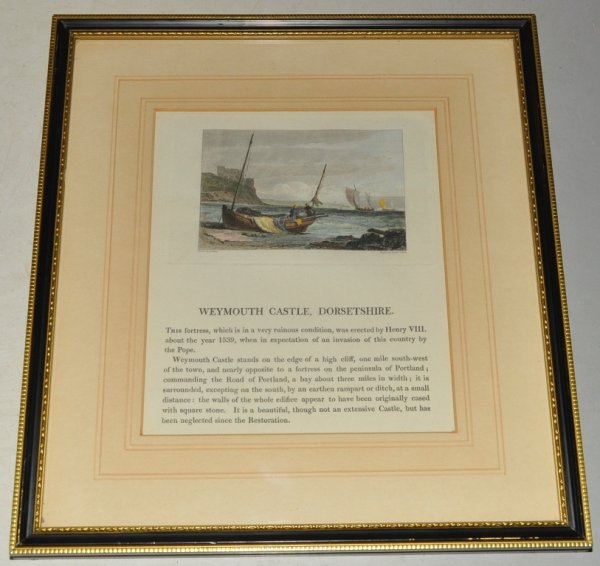