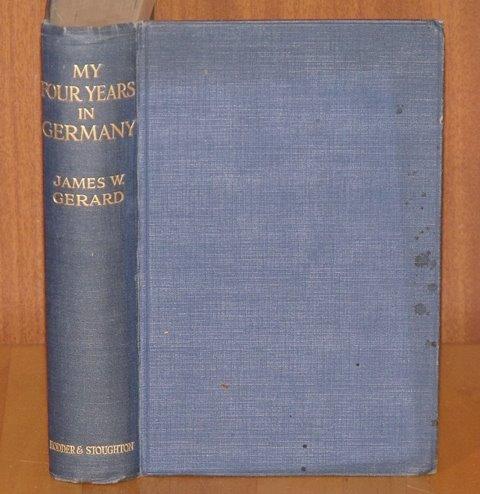 My four years in Germany. (By the Late Ambassador to the German Imperial Court). Illustrated.

Size 6.0 x 8.75 inches. In blue cloth covers with gilt to spine. Illustrated endpapers. In very good condition. Spine slightly bumped. Small marks to covers. Corners slightly bumped. Mild foxing to edges. Else a clean and tight copy. 320 pp. With Facsimile invitations on endpapers and a fold-out large plate: Facsimile Reproduction of the Telegram in the Kaiser’s own Handwriting which he gave Ambassador Gerard to Cable to President Wilson; At the back are more plates with invitations and a facsimile of a request from Secretary of State Zimmerman, Treaty of 1799, instructions set out by the German Press Bureau to the newspapers enabling them to write up the latest Zeppelin raid on London, a petition to the U. S. President on manufacturing munitions of war, first page of Lissauer’s "Hymn of Hate", illustrations, etc.; Contents include: My First Year in Germany; Militarism in Germany and the Zabern Affair; Psychology and Causes Which Prepared the Nation for War; The Americans at the Outbreak of Hostilities; Prisoners of War; Hate; Diplomatic Negotiations; the German People in War; etc.:

Title: My four years in Germany. (By the Late Ambassador to the German Imperial Court). Illustrated. 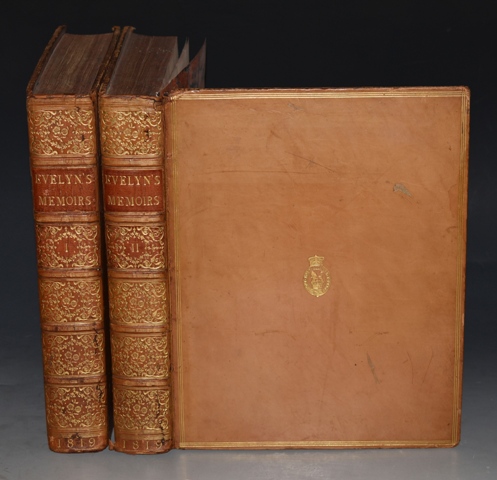 Memoirs of John Evelyn, Esq. F.R.S. Author of the "Sylva", &c. &c. Comprising his diary, from the year 1641 to 1705-6, and a selection of his familiar letters, to which is subjoined The Private Correspondence between King Charles I. and Sir Edward Nicholas. Also between Sir Edward Hyde, afterwards Earl of Clarendon, and Sir Richard Browne, Ambassador to the Court of France, in the Time of King Charles I, and the Usurpation. Edited from the Originall Mss. by William Bray. The Second Edition. In Two Volumes. 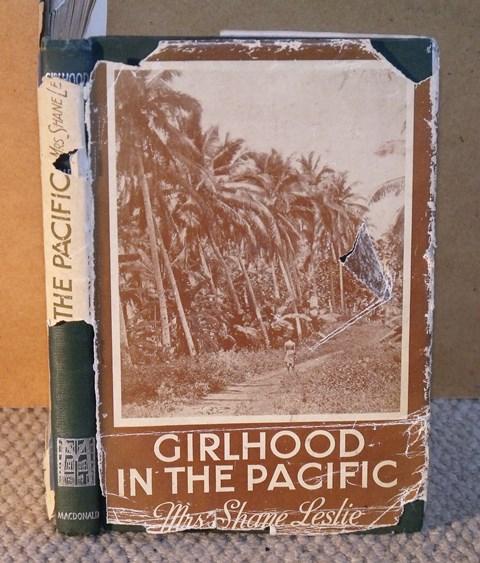 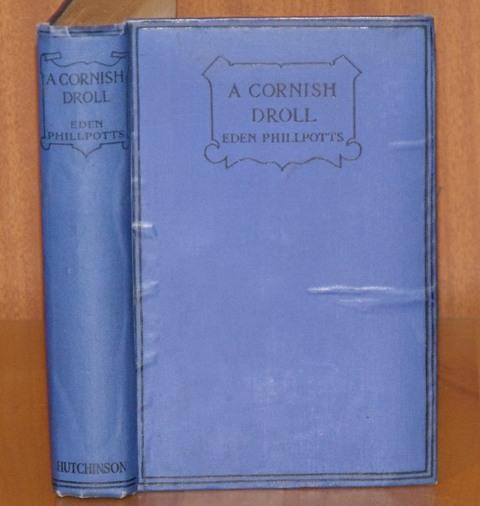 A Cornish Droll. A Novel. 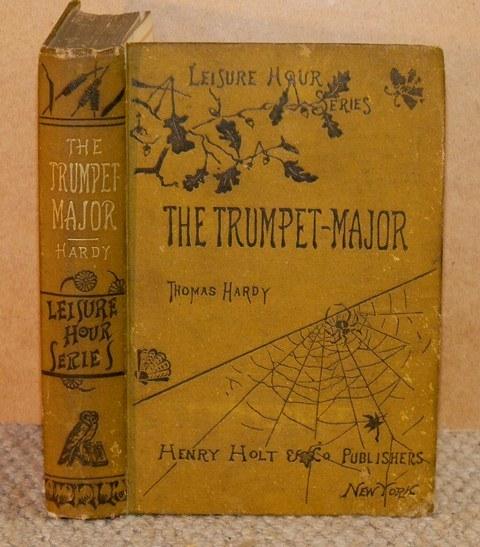 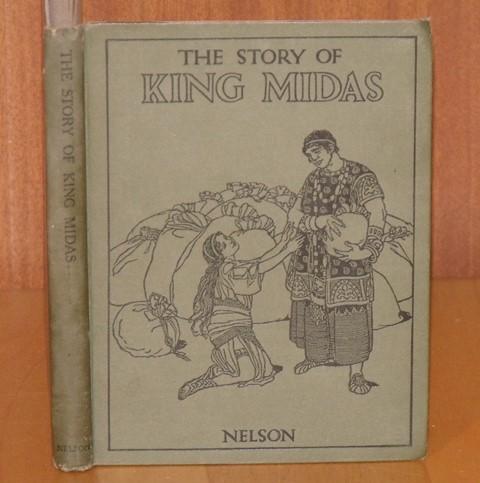 The Story of King Midas.

My four years in Germany. (By the Late Ambassador to the German Imperial Court). Illustrated.