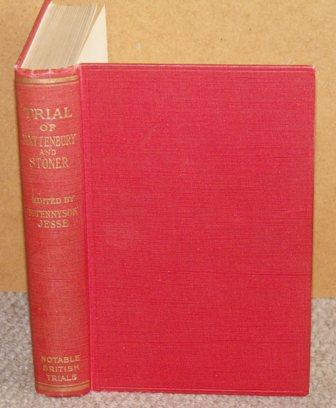 Tall 8vo. In red cloth covers with gilt to spine. In very good condition. Spine very slightly darkened. Small Foyles sticker to front endpaper. Else a clean and tight copy. 298pp. Frontispiece and plus 6 b/w Plates. The obsessive love affair between Alma Rattenbury and her young chauffeur/handyman which led to tragedy. Her 67-year-old husband Francis, a renowned architect, was murdered in their home - the Villa Madeira, Bournemouth - in 1935. She confessed to the killing but Stoner denied her involvement. He was convicted and Alma was acquittted, only to die later by her own hand.